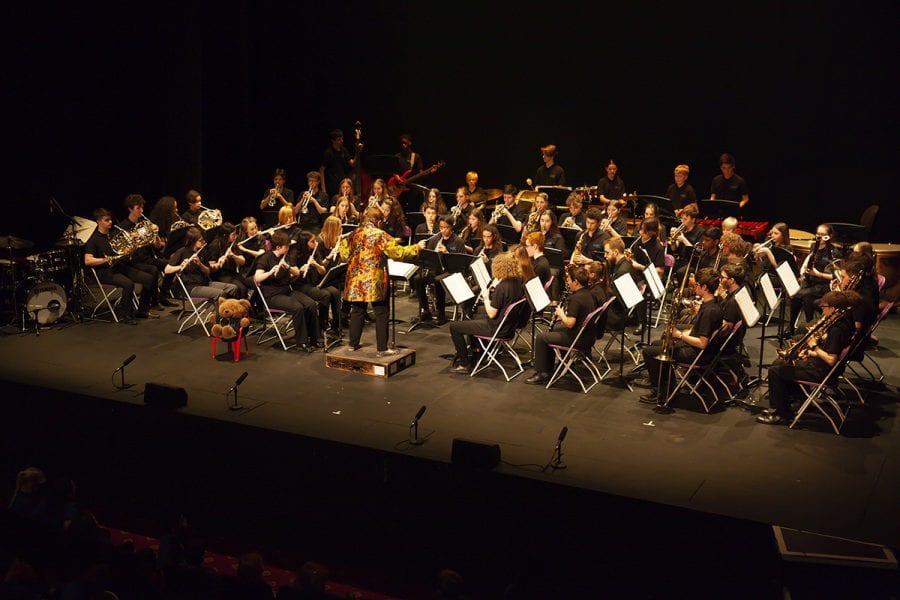 The New Wimbledon Theatre was buzzing this week as we teamed up with the Wimbledon Civic Theatre Trust to celebrate the borough’s young musicians and actors from Merton Music Foundation and the Young Actors Company.

Over two days we welcomed over 3,000 children from Merton primary schools to this glorious theatre to watch Twist! an immersive 21st century adaptation of the classic Dickens story of Oliver. On Monday night we put on a gala performance to a packed crowd which opened with MMF’s percussion ensemble, The MerTones, showcasing their innovative body percussion piece BPM, followed by an exciting musical performance of family-favourites from our flagship concert band, the Merton Youth Concert Band, before the Young Actors performing Twist! after the interval.

We’re hugely grateful to Arts Council England and The Taylor Family Foundation without whom this ambitious project would not have been possible.

Photos are now up in our gallery.