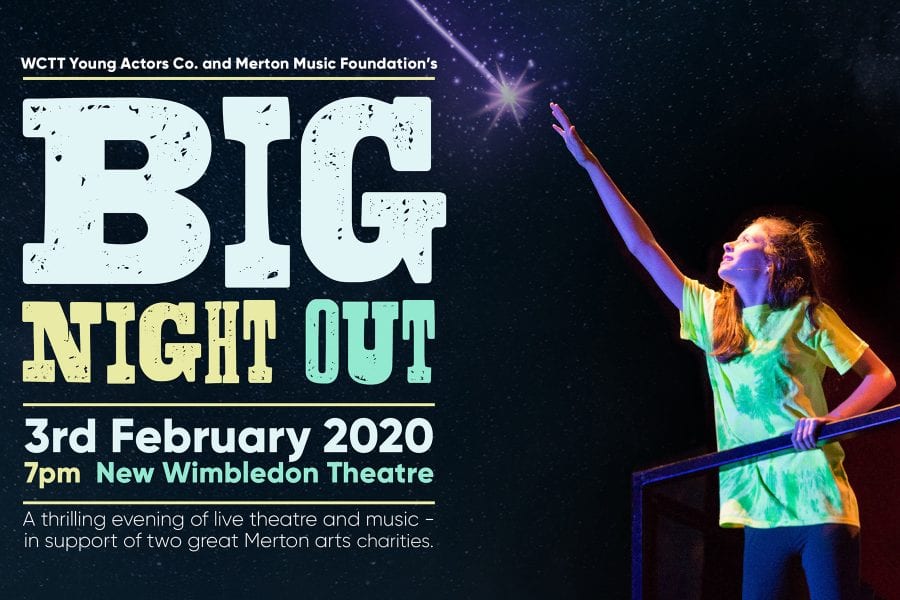 We’re delighted to be working in partnership with the Wimbledon Civic Theatre Trust and the New Wimbledon Theatre to present Big Night Out, a celebration of young MMF and WCTT talent and the fabulous partnership between two local charities. It promises to be a night of magical music and thrilling drama – full of songs you can sing along to and theatre which will have you cheering the hero and booing the villain. Join us for a Big Night Out to remember!

Big Night Out is an evening of two halves, showcasing some of the very best young talent from across the London Borough of Merton. The first half will see an uplifting musical programme from Merton Music Foundation’s flagship band, the Merton Youth Concert Band, featuring plenty of family-favourites from stage and screen. The band members are all seasoned performers, having notched up an impressive list of appearances at some the UK’s most iconic venues including the Royal Albert Hall.

In the second half you can expect lashings of comedy and audience participation in Twist a revolutionary 21st Century take on the classic Dickens novel brought to you by the Young Actors Company.

Produced by WCTT and Merton Music Foundation in partnership with New Wimbledon Theatre and supported using public funding by the National Lottery through Arts Council England and The Taylor Family Foundation.

If you’ve signed up to https://www.easyfundraising.org.uk/ you can activate your donation when booking tickets.