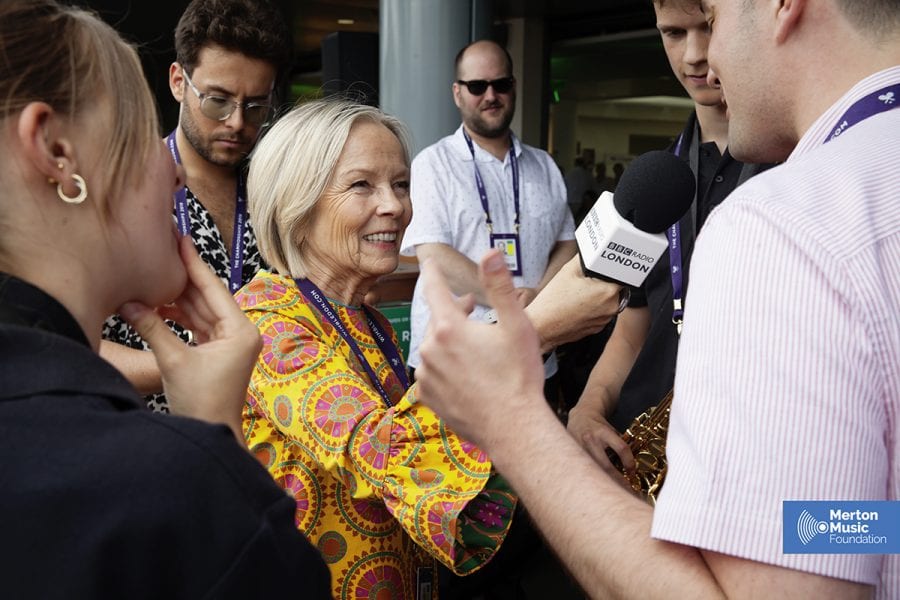 There aren’t many school pupils who can say that they played at the 2019 Wimbledon Tennis Championships but 60 of our young musicians can claim just that, even if it is in a musical sense rather than a sporting one!

For over 25 years, bands from MMF have been invited to perform for the hoards of enthusiastic tennis fans visiting the All England Lawn Tennis Club, as the gates open for the world’s oldest and most prestigious tennis championships. Set up on the Tea Lawn, in the shadow of Centre Court, traditionally the Merton Youth Concert Band play on the second Thursday of the tournament and the Merton Youth Jazz Orchestra on the second Friday. At 10.30am, the moment the gates open, conductors Norma Whitson (Concert Band) and Adam Saunders and Michael Chillingworth (MYJO) strike up the bands with ‘Purple and Green’, the Wimbledon theme tune, much to the delight of the excited crowds, before working through a lively and varied 2-hour programme. In recent years, MYJO has been joined for a song or two by the Singing Groundsman, AKA Matt Elverson, which is always a crowd-pleaser, attracting plenty of off-duty ground staff amongst the crowd.

On the Friday, Adam and two of our young musicians were interviewed by Jo Good on BBC Radio London. You can listen to it here: https://www.bbc.co.uk/sounds/play/p07f4lcr just before 2hr 20min.